May 28th, In Memoriam 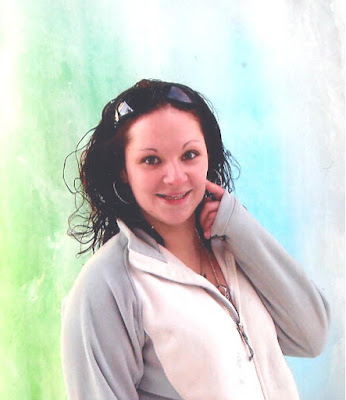 I met this young lady on an EMS call a couple of years before her tragic death by suicide. That was a suicide attempt where she had laid down in the middle of a back country road hoping someone would just run her over. An alert motorist saw her and called 911. I will not go into any of the details other than this; when we arrived at the hospital and I opened the doors to get the stretcher out, she was sitting on the stretcher facing me rocking back and forth, sucking her thumb, and weeping. As a Dad of a daughter myself, it absolutely broke my heart to see such a pathetic creature. To this day, my "bug-a-boo" ambulance call is what I call "the sad little girl." 12-23 years old, crying her eyes out, covered in cutter scars, sometimes telling tales of abuse, and being transported against her will by law enforcement for wanting to harm herself. My career and volunteer partners know this, and depending on the severity of the call will offer to tech it. I am getting better at handling these calls myself, but I think of Cassidy on every one.

I had heard things about her life that if true, she had it rough, and those circumstances would drive anyone to the brink. I wish I could somehow turn back time and maybe do something more to prevent the final outcome. If you or someone you know is in crisis, PLEASE reach out for help to the Suicide Prevention Lifeline. Each year I do a benefit motorcycle ride called "Ride For Gage" that benefits the Jordan Porco Foundation for suicide prevention in September. I also see more than my share of successful suicides, and doing the death presumptions while the family is nearby SUCKS!

As a side note, the call involving Cassidy actually disturbed the other technicians, too. I was just the driver, but the other two were in the back doing patient care. In a casual conversation a few months later the subject of this call came up. Both guys said how it bothered them too, and how we probably should have talked earlier and gotten Critical Incident counseling as a group. Both of them are no longer in EMS, so they probably don't think about it any more.

Rest In Peace, Cassidy. I will never forget you.